Winter of Zombie 2015 SPOTLIGHT ON: Joseph A. Coley

What is your latest zombie release?

Quick description of it (no spoilers)

Fifth book in the Six Feet From Hell series.

In the zombie apocalypse, a stable life is often fleeting, but for the citizens of Tazewell, Virginia, they have done just that, and Joe and his crew of rescuers have decided to make it their home. While not an unfamiliar place, it has changed over the years. The walled-in town keeps the living in, and the undead out. Like most safe havens, it is not without its flaws, and the good-natured people within the walls often forget that, but unfortunately, they get reminded that the world outside the walls is harsh and unforgiving. When a good-natured gesture turns tragic, they must put aside petty differences and band together to save their town. Most people think that only the good guys can rally the troops and storm the trenches…

Something unique about it

The setting is my hometown and most of the characters are populated by friends and co-workers of mine, as is the entire series.

Links for people to purchase it. 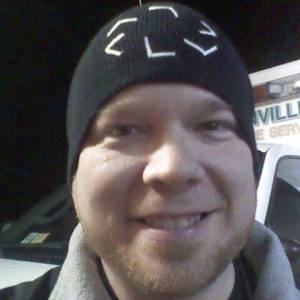 I’m just an average Joe that has had a penchant for zombies as far back as I can remember. I am a 35-year-old EMT-Enhanced living in Tazewell, Virginia and a father of four. I started the Six Feet From Hell series on a whim and it far surpassed any expectations I might have had. The series is now with a publisher, available in ebook and paperback, and sold all over the world. I have been working on the final book in the series, Six Feet From Hell: Endgame, and it should be done around the first of the year. Aside from the 6FFH series, I also have done a couple other novels including R.I.P. Van Winkle, Lost Between, and a short story collection.

The stench of frozen flesh is in the air! Welcome to the Winter of Zombie Blog Tour 2015, with 40+ of the best zombie authors spreading the disease in the month of November.

5 thoughts on “Spotlight On: Joseph A Coley #WinterofZombie”