In honor of being a part of this year’s Summer of Zombie blog tour here is a set of short stories written exclusively for the visitors to the tour. They’re from the perspective of one Tony the Zombie and his personal gripes against us humans. Typed out by Greg P. Ferrell because really have you ever seen a zombie use a keyboard, It’s not pretty.

A day in my dead life!

By: Tony the zombie

Tony here again and since I’m still stuck inside this room I figured I would talk some more about things that annoy us undead types. Now before I continue I don’t want you to think that I’m just being whiney here. These are things that I think you living people just don’t understand about us. If we have a better understanding of each other than maybe our relationship can me a little better. Nah I’m just kidding we just want to eat you and if you could make it a little easier that would be great. So here we go.

Number 3: Moving hard shells with those round things under them. What the heck are those things anyway? Now I vaguely remember something from my living days when my dad would take me to a place and this guy would put this soft creamy stuff in an edible cone and then would dip it into a bowl and there would be this hard shell over the soft creamy stuff. That was good I remember. But these big hard shells that you surround yourself with aren’t. We’ve tried licking our way through them but seem to get nowhere. Plus the whole time you’re inside making those loud noises with your mouths and putting small metal things inside other metal things that you then hit us with. Which is a whole other subject that I will cover next. My point is if you were trying to give us an additional treat with the shell thing then you have failed miserably. We don’t mind a little extra work getting to the soft creamy middle but the outside should at least have some taste or at least give way to allow us inside. Then there are the times you take off inside while running over some of us in the process and we don’t even get the treat inside. That’s just rude.

Number 4: Those metal sticks that you use against us. What the hell man? Those things are really annoying. I’ve watched as you have pointed them at us and then make that loud noise with them and some of my friends fall over. Almost all of you have one and you don’t seem to be afraid of using them. Now as far as the loud noise is concerned we actually appreciate that part a little. Even though we don’t really get tired we do get annoyed looking for you. When one of those things go off it’s like a dinner bell for us. We all start running towards it since we know one of you is usually on the other end of the loud sound. What we don’t like is the little metal thing that comes out of the end of it. Now if the little metal thing strikes us in the body it just makes a hole and everything is good. However if it hits us in the head, well I don’t want to give away any secrets but I think you already know what happens to us. Now would you like it if we started doing that to you? I don’t think so. So think about that the next time you want to use one of those things against us.

That’s it for now since I just saw another of those magic portals on the wall and I have an idea. So while I run at the portal as hard as I can you think about what I said. 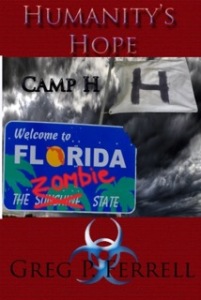