WHERE YOU COME FROM

When the zombie craze first started back up again several years back, it seemed the market quickly got overwhelmed with novels and stories that basically transposed George A. Romero’s Living Dead mythos into the author’s hometown. I read countless tales that seemed to be ripped from the cloth of the author’s life––names slightly changed––that basically cast the author as the hero in a tale against the living dead invading his or her hometown. Once, at a convention, I even made a joke about it during a panel. “Maybe I should write a zombie story in Los Angeles.”

The question got me thinking. Is it important where a story takes place?

Absolutely it does. Especially in the world of zombie fiction. The setting as a character reveals so much, and brings with it a unique set of obstacles.

A great example of this are Walter Greatshell’s great Xombies books. They begin normally enough, but soon we are transported to the living dead in frozen climates, and it’s a remarkably frightening place. It makes the stakes far different than a roaming band of suburbanites gearing up at a gun store in a shopping mall in the middle of America. Xombies was one of the first of the new wave of zombie books that really broke new ground. Seek them out.

The southern settings in the comics and graphic novels of The Walking Dead were paramount to its success. We’d never seen what a zombie plague would look like down south. Atlanta proved a very apt starting point, and the groups travels up toward Washington D.C. painted images we’d never seen. We also learned that so much of where people live defines more than just their architecture and fast food joints––it defines them, as well. Rick Grimes and crew were very southern in their mannerisms, but also, and this is important: in their morals. It was those inner conflicts, brought out realistically, that set The Walking Dead away from the herd.

Who could forget the great British-isms of Shaun of the Dead? It would be a completely different story if it were set anywhere else. There were so many uniquely British settings that were ripe for the picking. It was this voyeuristic look at what zombies…up until then explored as a mostly American phenomenon…that made Shaun of the Dead so damn enjoyable and unique. Would it be as prescient if it were set in an American bar? Perhaps, but it would be different.

Of course, books have been written about Romero’s metaphor of the shopping mall and zombies in Dawn of the Dead. The Monroeville mall was every bit as much a character in that film as Flyboy, Franny, and Cooper. Think about those elevators guiding zombies to and fro, or the big glass doors that keep the undead from the living at the entrance to the Macys. 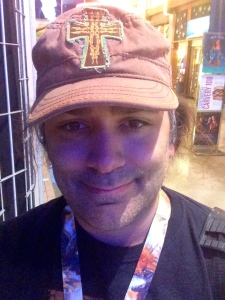