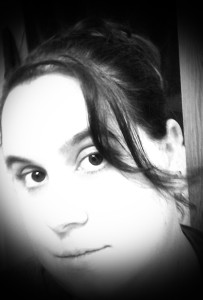 My nonfiction children’s article about skydiving, written for my writing course with the Institute of Children’s Literature, was published by McGraw Hill for NY Assesments.

Stevie Kopas was born and raised in Perth Amboy, New Jersey. She is a gamer, a writer and an apocalypse enthusiast. Stevie will never turn down a good cup of coffee and might even be a bit of a caffeine addict.

Kopas also participates in the At Hell’s Gates horror anthologies and all profits are donated to the Intrepid Fallen Heroes Fund. Her short stories, Nefarious and Patient 63 can be found in the first two volumes of At Hell’s Gates.

She currently resides in Panama City Beach, Florida and tries to spend as much time as she can in the sun.

Stevie is also the Managing Editor of the website Horror Metal Sounds and a writer for the site. She is an avid reader of horror and post-apocalyptic fiction (especially zom-poc) and reviews for The Bookie Monster. Offline, Stevie is a telecommunications professional.

Saul writes in several speculative fiction genres, including horror, cyberpunk, biopunk, and straight science fiction. A former Army medic and trauma specialist, he earned a PhD in molecular biology and genetics; his works are heavily informed by these past experiences.

Saul spent his formative years in a century-old house overlooking the Erie Canal in Upstate New York. He shared an attic room with all manner of creatures, not all, he is convinced, flesh and blood.

After several years spent overseas and working his way to executive positions in biotech, he returned to his true passion of storytelling.

He now writes full time from his home in the San Francisco Bay Area. He continues to be haunted by a variety of creatures, including a wife, kids, three dogs, three cats, twenty chickens, a wayward rooster, and one very grumpy possum. They are all flesh and blood.

Except for the possum, which he’s sure is the reincarnated spirit of Jack Torrance.

Subscribe to be notified of new releases and exclusive deals at tinyletter.com/SWTanpepper